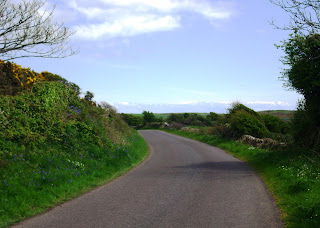 I just wrote my annual round robin newsletter to my friends and family. These are most commonly written at Christmas, and indeed mine usually are. In 2013, it's taken until April to get to a point when the dust from the selection process, the house-buying, and everything I had to put on hold and then pick up again has settled.

Or, as I put it at the start of the letter:

Hello again, and welcome to the very delayed letter for 2012. Why the delay? Let me start by saying that I nearly began this letter by copying and pasting from last year’s, which began:


“And yet again it is time for my annual letter to friends and family. This one has been somewhat delayed, since I normally write this letter during my leave between Christmas and New Year, when I can look back over the year just gone and pick out the highlights. However, this year, I spent that time preparing for an interview on January 9th 2012. For my own job. Those of you who have spoken to me recently may well be thinking “What, again?” Because, yes, I did have to do that earlier last year. It has been a year of great change.

I’ll start by saying that yes, I was successful earlier this year, so I’m still employed by Newcastle City Council, hopefully for the foreseeable future. I say “hopefully” because although I have a permanent contract with the Council, like anyone else, I can be made redundant, which unfortunately has happened to several of my colleagues in 2011…”

Were I to change the interview date to “18 January 2013” and the year at the end of the last paragraph to “2012”, this would be a good description of the start of this year.

Still, let's not be negative. I spent most of the letter extolling the joys of having my own place, and holidaying in Scotland (cycling), Malta, Crete, and Oban in Scotland (diving). This year, I'll be off to Glastonbury. So here's to the future!
Posted by CyclingDiver at 22:46