The Pike of Ellerton 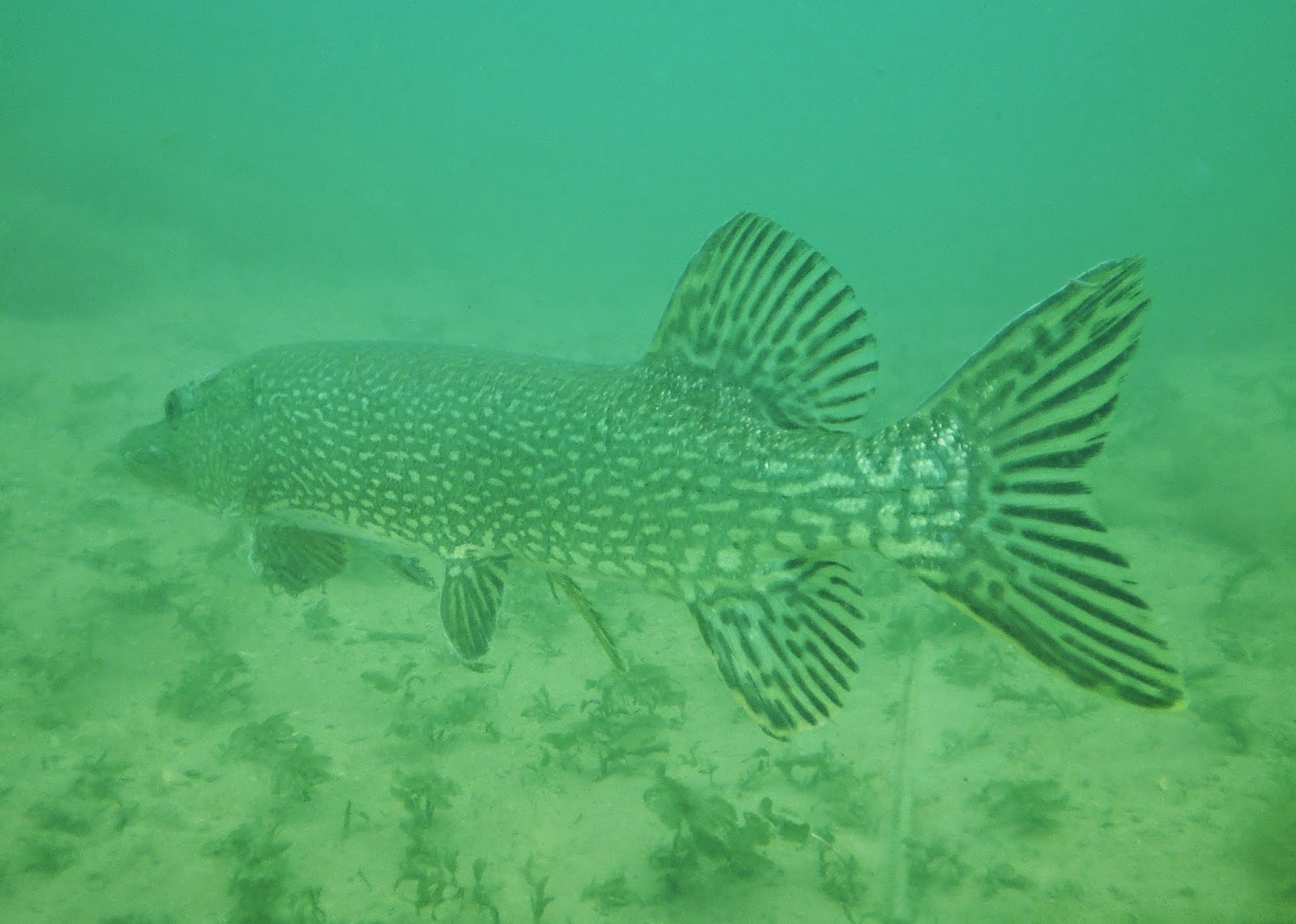 After nearly half a year off, I jumped back into the water yesterday, or rather waddled into it in an ungainly fashion. It is difficult to do anything but waddle when you are toting 15kg of compressed air and steel, plus assorted neoprene and rubber, and another 10kg of lead round the waist.

I was back at Lake Ellerton, of "The Swamp" reputation. Ellerton is not particularly exciting, but after half a year off, that was what I was after. If you're going to discover all the things you've forgotten and any bits of your gear that don't work, best to do so in 6m of water with no current and no time pressures than out in the Farne Islands, with their drop-offs, and their rocks, and their currents with unappetising nicknames like "Fast Lane to Norway". I had a new buddy, A, who trained at the same dive centre I did, plus my drysuit and my camera, in the hope of catching sight of the Pike of Ellerton.

I was there early, so I did the traditional diver's thing of wandering down to the shore line and peering thoughtfully at the water to judge the visibility. I could see the bottom (at Ellerton this is not a given), so decided that was a good thing. I also realised that the Swamp does have one other advantage, of providing free entertainment when the triathlon swimmers in their very thin wetsuits jump in the water. It's even more entertaining if you're wearing a drysuit and can wave at them cheerfully whilst they shriek and splutter.

A arrived shortly after, we kitted up, got in the water, and set out towards the buoy marking the underwater platform. I made the welcome discovery that none of my kit was leaking so far (the old diver's joke is that there are two types of drysuit; ones which leak, and ones which haven't leaked yet). A made the unwelcome discovery that his mask was leaking, but after a certain amount of fiddling about, we found the platform and the guideline, and set off to find a car.

Ellerton's underwater attractions, such as they be, are connected to each other by guidelines, making it easy to find your way around. The first one you come to is an old car, I am guessing a Ford Escort, but by now no-one can tell. We approached it with some relief after swimming along the line for a few minutes, and then we saw the Pike of Ellerton hovering elegantly above the car.

Unfortunately, it saw us, decided it didn't like the bubble-blowing monsters, and vanished into the murk.

We made do with looking at some very large perch hiding inside the car, then headed off in search of the van and the caravan. (Yes, there is a caravan at the bottom of the lake which borders a caravan site. Speculating as to how exactly the caravan got there does leave you wondering "did someone's brakes fail?".) As the dive drew to a close, and the mug of coffee called, we headed back along the line, and there, in all its striped glory, was the pike.  This time around, it obligingly posed for a few photos. It occurred to me that this might well be the largest fish I've swum with, at least in Britain, and it really is a magnificant creature. I hope no-one ever catches it.

A and I headed back to the dock, hauled ourselves out, rinsed our gear, and amused ourselves by drinking coffee and swapping tales of all the divers who have ever annoyed us on dive trips. (There was some overlap.)

It also turned out that A's weekend job is being a marine mammal medic. We agreed that there is nothing cooler than being able to say, when someone asks you on Monday, "What did you do this weekend", being able to reply: "I rescued a whale".
Posted by CyclingDiver at 23:47