The Terror of Space 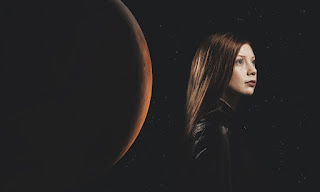 I was reading this article on people signing up for the Mars One expedition; a one-way trip to Mars. I cannot imagine anything much more terrifying.

The article describes the selection process for people wanting to take part. I do wonder if any part of it (yeah, you know this is coming) involved asking "Have you done any scuba diving?"

I don't often talk about the scary aspect of diving. Most other divers don't. We know it is there, and if it bothered us, we wouldn't do it. Talking about to non-divers gives the wrong impression, and can put people off. And by "wrong impression", I don't mean I'm pretending something dangerous is safe. Scuba diving is in a similar risk category to jumping into half a ton of metal and barrelling down a narrow asphalt strip at 70mph. Actually, if you check out this infographic (worth it just for the hilarious illustrations), it may well be safer than being in a car.

The scary aspect of diving is one that it took me a while to grasp. Possibly all those people who reacted to my tales of diving with "Ohmigod, I could NEVER do that" grasped it faster than I did. From my point of view, I know where I'm going, I assess if it's safe and if my buddy and I can get to where we want to go and back with the air supply we've got. And if we can do all those things, then off we swim, breathing happily through our regulators with 12m of water over our heads.

And all that is fine, up until the proverbial hits the fan, and you suddenly realise with absolute clarity that you are in an alien environment where, to quote one of my favourite blogs on diving, "A single breath of the ambient atmosphere can, kind reader, fucking kill you".

I have never had a catastrophic experience when diving, but I had one very nasty experience when I over-breathed my regulator about 25m down in the Farne Islands (meaning I was breathing very heavily and too fast, and the regulator was struggling to deliver gas at the rate I was demanding it - gas thickens slightly at depth, which is why all divers are advised to breathe deep and slow). I felt like I was suffocating. More scary than that, I could feel myself starting to panic. Panic is the number one killer of divers. There are few more potentially panic-inducing situations than being surrounded by water, with 25m of it above your head, and not being able to breathe the air that is the only thing keeping you alive.

Fortunately for me, my dive training took over. I realised what was happening, and took the appropriate action; ascending slowly until the pressure lowered slightly, my breathing rate dropped as the surface got slightly nearer, the regulator began delivering the gas more easily, and I calmed down and carried on with the dive. But for a few seconds, I suddenly understood why panicking divers rocket up to the surface and rip all their dive gear off their faces. If willpower alone could cause humans to teleport, I would have been out of the water and on the boat in two seconds.

The only thing that kept me calm was the knowledge that it was within my power to end this situation. I knew that if I really couldn't carry on the dive, I could end it, ascend slowly and be floating on the surface in a matter of minutes.

Note: this is not the ideal way to end a dive, as technically you should always pause for three minutes at 5m deep to help ensure that any excess gas is out of your system, but all recreational diving is planned in such a way that you don't HAVE to make the stop if things go completely wrong.

Technical divers do not have this safety margin. To dive deeper, they accept that they will give up the option of ending the dive at any point, and that if they have a problem, it must be resolved under the water. (This is why they dive with two sets of working scuba gear, plus quite often extra tanks of gas in case of emergency.) This is a big part of the reason I think I may never technical dive. I respect people who do it mightily, but I am terrified of the idea of having a panic attack under the water without the option of safely removing myself from the situation inducing the panic. (This is also why part of NASA's astronaut training involves scuba diving.)

Which brings me back to Mars One. Imagine this situation for a moment. You're locked in a room the size of your living room with, say, three other people. You want to go outside. You can't. You start having a panic attack and pass out. And when you wake up ... you still can't go outside. You will never, in your entire life, see a tree, or an animal, or the sea, or anything familiar, ever again. You are sealed in that can for eternity, and there will never be a way out. Even regular astronauts in the International Space Station have the knowledge at the back of their heads that at some point, they'll be going back home.

No human beings have ever subjected themselves to this. To my mind, it's not a description of a scientific expedition, it's the plot of a horror movie. To quote another blog on this subject:

Over the decades, people in the colony will die and there is no guarantee that more people will come to replace them. In time, there will be only one person left on the entire planet. If that person is you, it will be very lonely indeed. You could be alone for ten or twenty years and possibly longer. It will just be you, marooned on an inhospitable rock out in the solar system, alone. That is truly the stuff of nightmares.


Ever since that incident in the Farne Islands, space movies scare me. I love them and still watch them, but when Sandra Bullock was floating around running out of oxygen, I was there. Space is unimaginably vast, inhospitable and empty.

And yet, funnily enough, I still do hope that at some point, my species will leave our home and travel somewhere else. Just because... well, I was brought up with Star Trek. Real space is much bigger and emptier than Gene Roddenberry made it seem, but it would truly be a remarkable thing if we could somehow find a way to travel outwards and establish ourselves on another world.

Just... not yet. And in a ship much bigger than a living room.
Posted by CyclingDiver at 20:58