The Tale of A Rose


When I learned we were due to have a Flower Communion at my church (a traditional Unitarian Ceremony), one thing I immediately thought was “I must take a rose in”.

I have a rather lovely rose bush growing in my back garden. It’s a “Forever Friends” rose, which is apt, since it was given to me as a moving-in gift by one of my best friends, J.

J and I have been friends since we were 14. We went to the same secondary school, and found ourselves sitting next to each other in GCSE Biology class. This was lucky, because the teacher was not especially concerned about arriving on time to his classes, and we soon got to talking to each other. It’s one of my few friendships – well, actually the only one – where one of the first bonding moments occurred over a shared refusal to dissect a lamb heart. (Her due to lifelong vegetarianism, me due to a lifelong unfortunate tendency to faint at the sight of blood.) 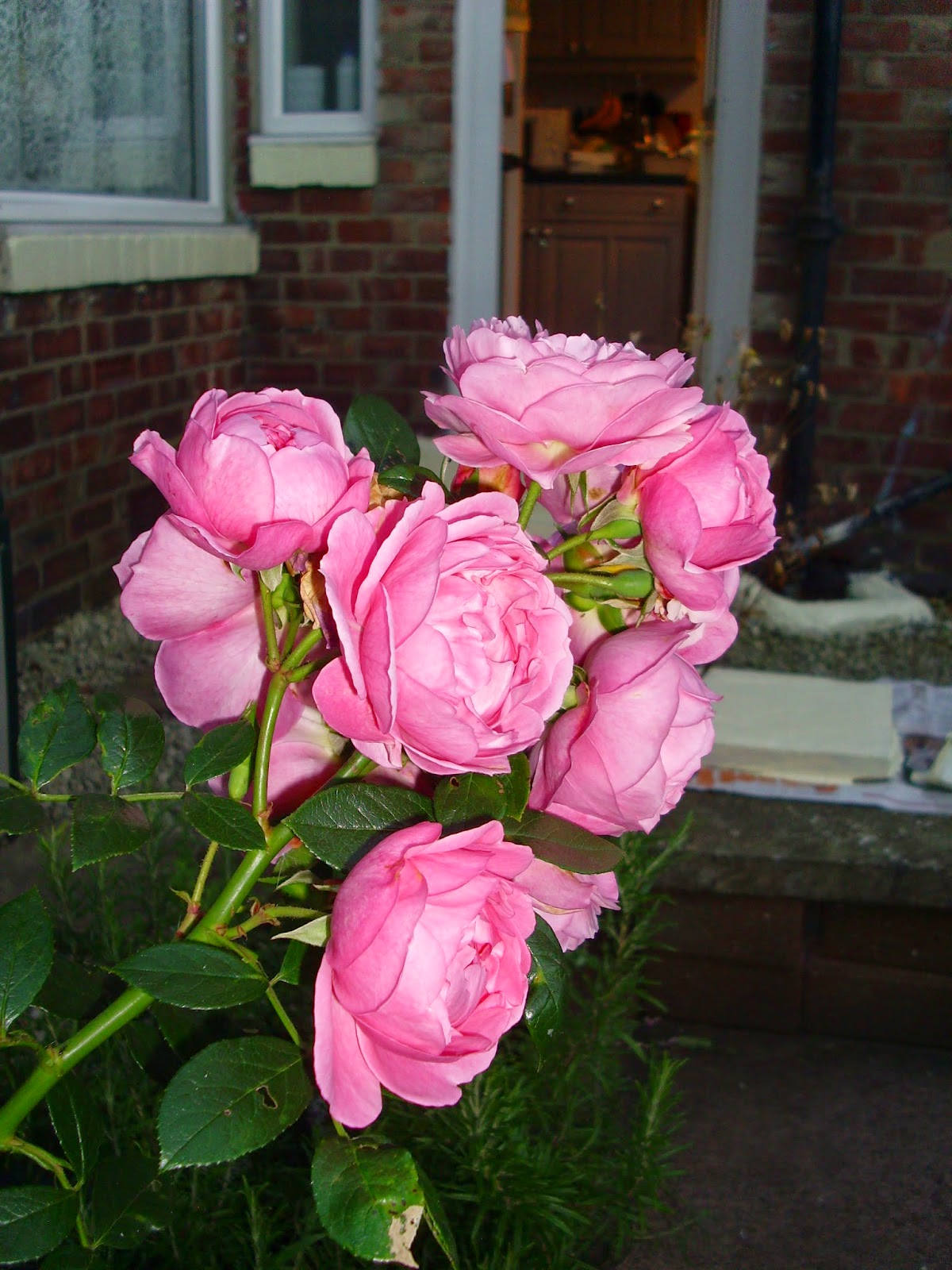 Following our shared dissection refusal, our lives took similar paths, as we moved to a different school to do our A-levels, went to the same university (Durham), and ended up living not far from each other. Our friendship has held steady through life’s rocky moments, and there have been some very rocky moments, but I am now the godson to her two adorable boys, who like to come around and rearrange my house for me every now and then. I particularly wanted the flower I would take to the Flower Communion to be a rose from the rose bush she had given me.

I did, however, face a problem. Since I had deadheaded it (you know you are at a certain point in life when the word “deadhead” enters your vocabulary), the rose bush, for reasons best known to itself, had decided to grow all ten of its flowers on a single stalk, as you can see. I really didn’t want to cut all of the roses off, but they had very short stalks.

I left deciding about it late, until the morning of the Flower Communion, itself, then went out with the secateurs to take a look. I took a closer look at the bush, and smiled.

As if it had read my mind, there, tucked away behind the flower stalk, the rose bush had grown a single perfect pink rose.

I clipped the rose carefully, tucked it into a bag, and carried it to church.