Sea-Flowers (Back to the Inverted World)

A piece I wrote for my church's Flower Communion.

Flowers are marvels, and beautiful in two ways. Firstly, they are beautiful simply to look at, but secondly, they are beautifully designed for their function, of allowing the plant to reproduce itself, and create the next generation of flowers. Insects and flowers exist together in harmony; the insect transferring pollen from one flower to another, and receiving its reward in the form of nectar. Yet there are no sea-living insects, no water-bees to transfer pollen or its equivalent between undersea flowers. So are there no flowers beneath the waves?

This is a plumrose sea-anemone, taken at St Abbs. Sea-anemones, of course, are named from land anemones…

Because it is very difficult for a human eye to look at a sea-anemone, and not immediately think “It’s a flower!”

The sea-anemone is fascinating, because it inverts the relationships we are used to with land-flowers. As most people know, it’s actually an animal, with a foot, a long tube-shaped body, and the familiar fringe of tentacles that make it look so flower-like under the water.

As most people also know, the sea-anemone’s behaviour is less like that of a land flower, and more like a Venus fly-trap. It stays still most of the time, but should a small fish or crustacean come near its tentacles, the anemone will swiftly sting it and eat it for dinner. 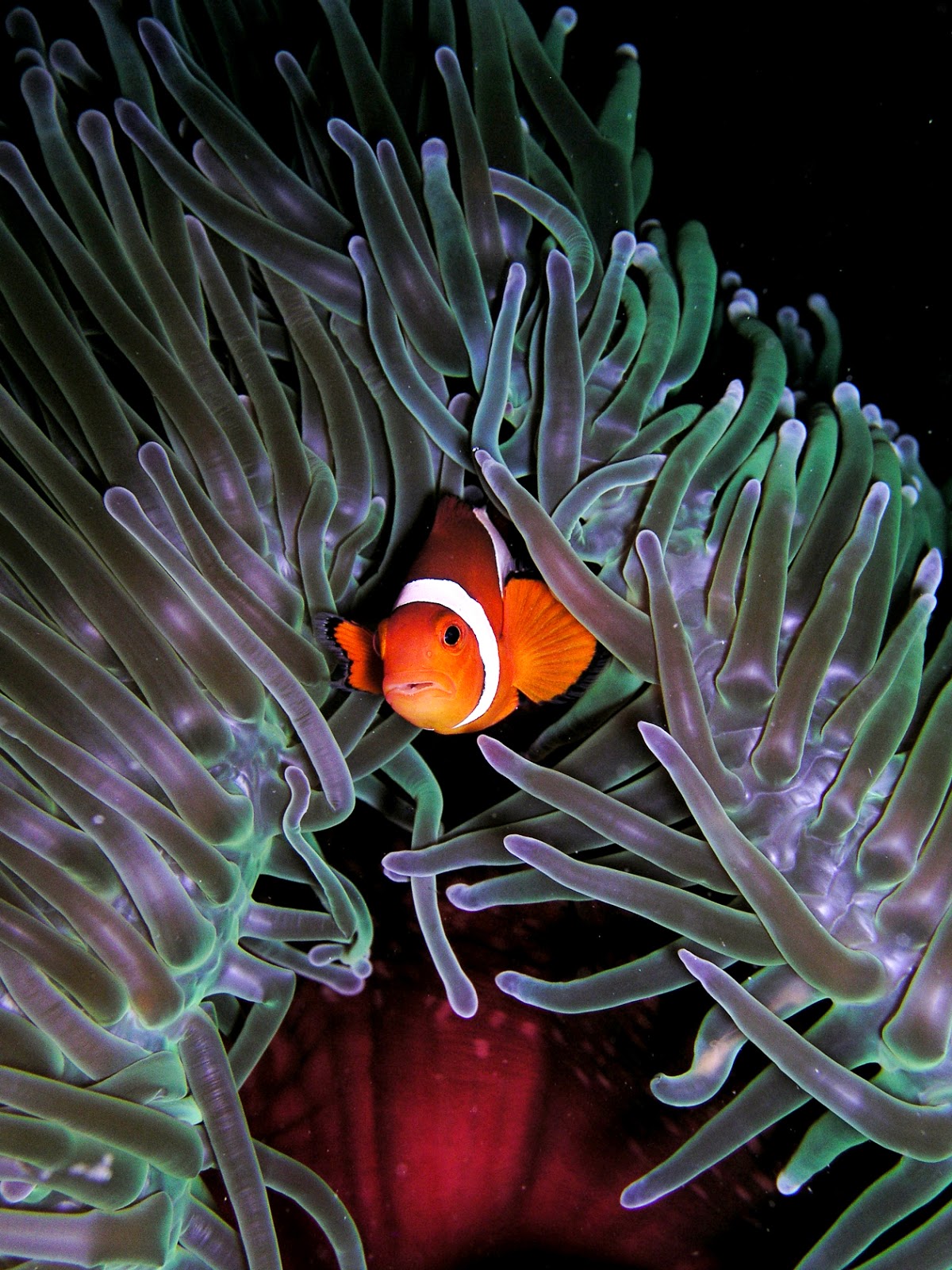 Yet some creatures are immune to this; clownfish or porcelain crabs. Like a bee on a rose, the clownfish, or crab, and the anemone live together, each providing food and protection for the other. 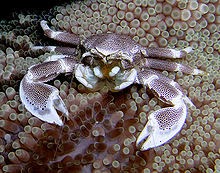 A highly-prized photo for divers is to capture an image of a clownfish or crab lurking within its anemone home; I haven’t managed it, but others have! In addition to its larger house-guest, each anemone contains many single-celled algae within it. The anemone provides the algae with a safe home, access to sunlight and protection from predators, and the algae provides its host with food and oxygen.

Anemones are not the only “sea-flowers”. Another beautiful animal is the feather-duster tubeworm, which feeds on particles filtered from the water around it with its long filaments:

The Book of British Marine Life comments that “There are few finer sights in our waters than a group of plumrose anemones swaying in the current”, which I agree with.

Like so many things in nature, it is a marvellous sight. Above the waves, the flowers and insects exist side-by-side, each benefitting the other. Beneath the waves, the anemones may not be plants, but like their namesakes on land, they too exist as part of a marvellous web of life. I am truly lucky to be able to see a bit more of that web of life than many other people, and I hope you’ve enjoyed me sharing some of it with you.
Posted by CyclingDiver at 17:00