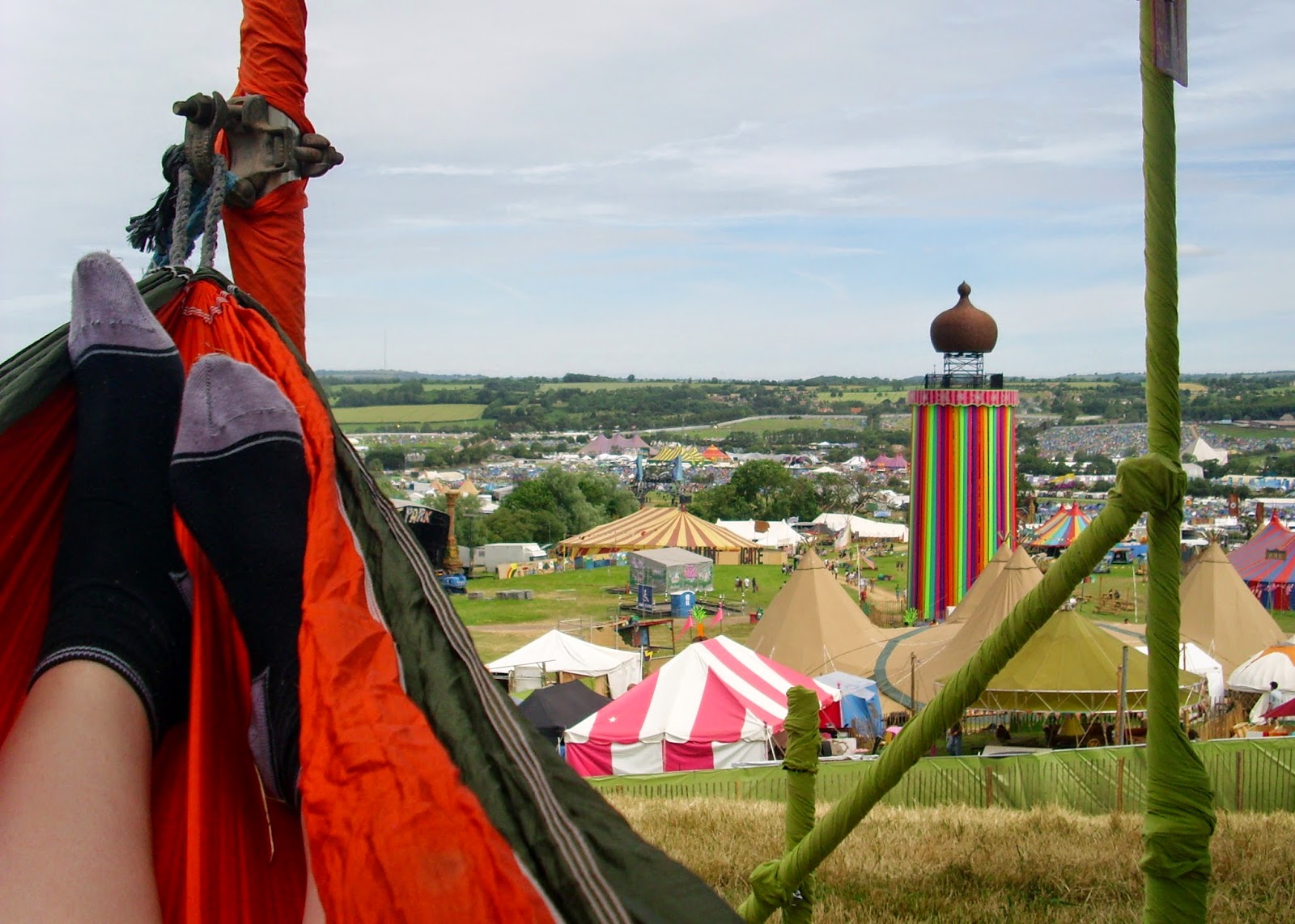 This post is based on the Guardian's "Best and Worst of the World Cup" interviews. My highlights of Glastonbury 2014:

Best Set at the Festival: I've been asked this a few times, and it's been really hard to choose between Metallica and Kasabian. Metallica probably, for sheer uniqueness - never before has a metal band headlined Glastonbury, and they were refreshingly grateful to be there. Also, giant beach balls!

Best Performer at the Festival: I'm tempted to go with Ed Sheeran, which is not something I would ever have said prior to Glastonbury. I just admire the sheer nerve it must have taken to stroll onto the Pyramid Stage, just one 21-year-old man and his guitar, in front of thousands of people who have just seen what will be the iconic performance of Glastonbury 2014 - Dolly Parton. If he was nervous, it didn't show one bit, and everyone had a great time.

Glastonbury Moment: Always a personal thing. For me, managing to sneak out of the bar on my lunchbreak, quickly purchase some magic muesli (£3.50 for a huge bowl of muesli, yoghurt and fruit, which would not be a bargain anywhere else, but the average price for lunch at the festival was £4-£5, so, winning!) and head to the Other Stage to catch White Lies' set. One of their songs, "Death", is one of my favourites. I got there in time to hear it live. It's those little moments when it all comes together that make things perfect.

Personal Highlight: See above, but also the way the team bonded. Fun was had by all. Also the Glade dance tent was awesome, I'd have stayed there all night jumping up and down if my feet had let me.

Biggest Disappointment: The coach containing one of my volunteers, which was due in at 1.30am, turning up at 3am, having taken a detour nearly to Wales due to their having a driver who had no idea where he was going, and who hadn't driven a coach in ten years. I was literally having to turn the mobile data on my phone, log onto the AA Route Planner, and text directions to the volunteer, who was battling the force of a nearly flat phone battery. I had brought a paperback, a snack and my warmest clothing, but having to sit there for an extra hour and a half listening to an unlucky guy who'd lost his festival ticket having the same argument with the festival security staff every ten minutes was not a lot of fun.

Non-music attraction of the festival: The hammocks just down from the festival sign. I'd have stayed up there, swaying gently in the breeze, for a lot longer if I'd been able to.

Trickiest moment: Trying to avert a walk-out due to a preventable injury to one of my team. I entirely sympathised with them, but walking out would have meant the end to our volunteering with the WBC, for good. We managed to work things out.

Innovation I'd like to see for 2015: That the git who kept the music system in the campsite tent blaring loudly until 3am is identified and prevented from going anywhere near it. After three repetitions of "I Wanna Be Sedated", the joke wore very thin.

Fondest memory: A special mention to James the Organiser, for getting my injured volunteer to see Dolly Parton in a buggy.