The Tales We Keep Telling, One: The Guy Who Pissed on the Fruit Machine 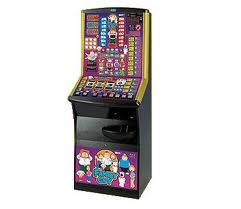 It's a funny thing, going to the pub with the same group of friends for years. You develop your own little mythology, mostly featuring around alcohol and, in my case, tales from sharing a house. I kind of miss sharing a house from the point of view of funny things happening, but I SO don't miss the washing-up wars, the continual need to creep round the house for fear of waking folks up when I get insomnia, and the general sense that at any point someone might comment on something I'm doing. (What do you mean, baking at half past midnight is weird? IT'S MY LIFE DAMMIT!)

Some tales we keep telling, of course, cannot feature here for reasons of not wanting to get folks (including me) in trouble. But I see no reason I can't immortalise a few of them, and here is the famous tale of the Guy Who Pissed On the Fruit Machine.

So for this, we need to go back at least five years (flipping heck, I've been in Newcastle a long time). Our little reading group, of which I am proud to be a member, was having its Christmas Do, and we chose to begin with drinks in the Union Rooms. The Union Rooms is the Wetherspoons near Central Station, and used to be our regular haunt until the Five Swans opened, which is nearer the Central Library and handy for the buses and Metro. We prefer Wetherspoons for several reasons: it does real ale, everyone can just about afford to buy a round without needing to take out a loan, and there's no background music. It also affords us the chance to be rude about the food on a fortnightly basis, which usually ends when someone points out that each fortnight we say this, and each fortnight everyone orders the same food and complains about it afterwards.

So, back to Christmas. It was 6.30pm on a Tuesday two weeks before Christmas, and at the Union Rooms, that means a minor level of chaos. We were at the main bar downstairs, and had just bought the drinks when we turned round and saw a guy stagger in. He looked at least fifty, grey-haired and dishevelled, and had clearly been on the receiving end of the stick of life. He also didn't seem to know which room he was in, which pub he was in, or possibly which planet he was on. He staggered into the room, stood just inside the doorway, looked around the room, then turned round and pissed on the fruit machine with a sigh of relief.

I can safely say that this isn't usual behaviour, even in the Union Rooms. As we watched, the manager dashed out from behind the bar, and dragged him away, pointing and yelling "Now look what you've done!" Security became involved, and the man was propelled outside the door. We wandered back over to our table, and drank our drinks.

As we turned round and headed to the door, we saw the same man, clearly not sure where he was or why he was there. As we watched, he staggered up to the door, clearly thought "Yup, that's a door, alright", and wandered back on in.

Right in front of the manager.

I wish I could do justice in words to the expression that came over the manager's face, but if I say that he reddened, his eyes bulged, his finger pointed, and the word "YOU!!"came from his lips at treble volume, you'll get the picture. Security became involved again, and we made our escape to Zizzi's without anyone micturating in our direction.

This tale comes with a short epilogue. Some months later my friend A, who was there on the night in question, was having a curry with some friends in Latif's. As they left, he heard a familiar trickling sound and turned round. It was the same guy, in the same jacket, this time pissing on a record shop doorway. Apparently this is a hobby of his.

Either that, or A is being stalked by a random pissing guy.

It's a great life in the Toon!