And here is the article I talked about last week. In other news, I own a flat. Still working on the "Home of CyclingDiver" sign to go beside the door! 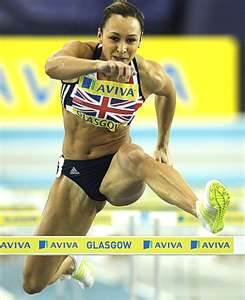 Now that the Games have finished, what memories are we left with? Undoubtedly, we have seen some truly incredible feats of athleticism. No-one who saw Usain Bolt winning any of his three gold medals will forget the sight. As my best friend said to her young son before the 100m final: “You need to be looking at the television right now, and don’t blink or you’ll miss it!”. And you could say the same of Mo Farrah’s astonishing double gold in the 10,000m and 5000m races, Jessica Ennis’s victory in the women’s heptathlon, or Bradley Wiggins’ winning both the Tour de France and an Olympic time trial gold in the space of a few weeks?

All physical feats that most human beings could never hope to match, yet perhaps what appeals most to us are the human stories behind each triumph. Experts in the field of cycling will no doubt rave over Bradley Wiggins’ remarkable achievement, but who among us, regardless of how ignorant we are of cycling, could fail to be moved by the fact that his first action, on learning he’d won the gold, was to get back onto his bike and go in search of his wife and children? Or any of the following moments:


These stories (and the many, many more that could be added to them after the last two weeks) are not unique to these Games. Earlier games too saw human beings transcend nationality and even race to offer each other a hand of friendship and support. Most people have seen the “Black Power” salute at the 1968 Mexico City Olympics, performed by John Carlos and Tommie Smith, but how many know that the gloves they were wearing actually belonged to Peter Norman, the third athlete on the podium? Norman, a supporter of civil rights (he is wearing a civil rights badge in the photograph), saw that they had forgotten their gloves. He approached and offered them his gloves to wear. (38 years later, Carlos and Smith were pallbearers at Norman’s funeral.)

One final story, this one from the famous, or perhaps notorious, 1936 Berlin Olympics. Most of us have heard of Jesse Owens, the famous African-American athlete whose four gold medals, won in front of the Nazi regime, demonstrated the hollowness of the racist Nazi ideology. Fewer have heard of Luz Long, the German athlete and national hero who competed with Owen in the long jump.

During the competition, Long noticed that Owen was struggling during the qualifying rounds for the long jump. He walked across and suggested that Owen try an adjustment to his technique. Owen took his advice, and went on to win the gold medal in the event – at which point he and Long embraced and walked arm-in-arm to the dressing room, posing for photos together.

Owen said afterwards: “You can melt down all the medals and cups I have and they wouldn't be a plating on the 24-carat friendship I felt for Luz Long at that moment. Hitler must have gone crazy watching us embrace."
Posted by CyclingDiver at 11:10