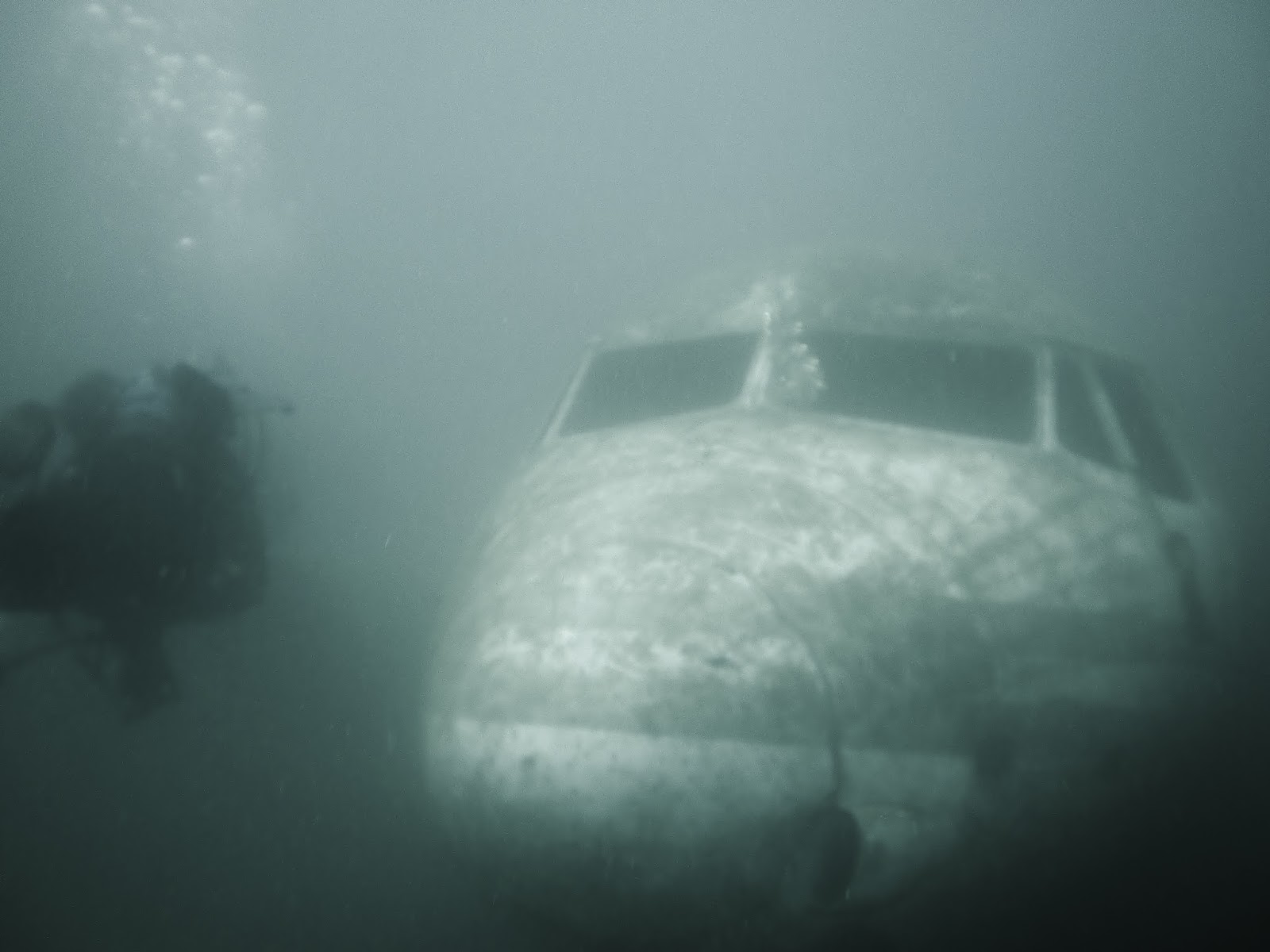 Yesterday I bunked off work to go diving. If there's one thing that makes a dive more enjoyable, it's being able to take advantage of the sunny weather to do it. Bonus points if everyone else is stuck in the office. (It makes up for all the times you have to haul yourself out of bed on a rainy Sunday morning, whilst everyone else has a lie-in.)

We headed down to Capernwray Quarry in Lancashire. The weather has not been conducive to good sea diving recently (too stirred up), but several days' sunshine suggested the visibility in the quarry would be good. I wanted to try out the new gear I've bought to help with my drysuit; new fins and undersuit. I also wanted to swim through a plane. Capernwray Quarry recently bought and sunk an entire Cessna aircraft for people to swim through when diving, and the photos are amazing.

Unfortunately, my photos weren't going to be, because I managed to forget to attach my white slate onto my diving jacket. I need this so that the camera can take a reading at depth and figure out what white looks like at the depth I'm diving at, so that it can adjust the colour balance and compensate for the lack of red light. Annoyingly, the silicon pouch I put in the camera also failed; it must have been too old to absorb all the moisture in the air inside the camera housing, which led to condensation in the housing, crap photos on the second dive, and me having to put the camera in the airing cupboard to dry out when I got it home. That said, I took the photo above, so it wasn't a dead loss.

I also got to practice diving with the drysuit, which is coming along nicely. My buoyancy still isn't as good as it is with the semidry, but it's getting there. The new undersuit kept me, if not warm, then at least not cold. The new fins didn't give me cramp. Best of all, my buddies were a great bunch of people, and we got to swim around planes, oil rigs and sunken plastic horses (one of which is known as Lord Lucan, hence the headline), then hang out in the sunshine drinking coffee and eating banana cake.

This is a really fun way to spend a Friday.