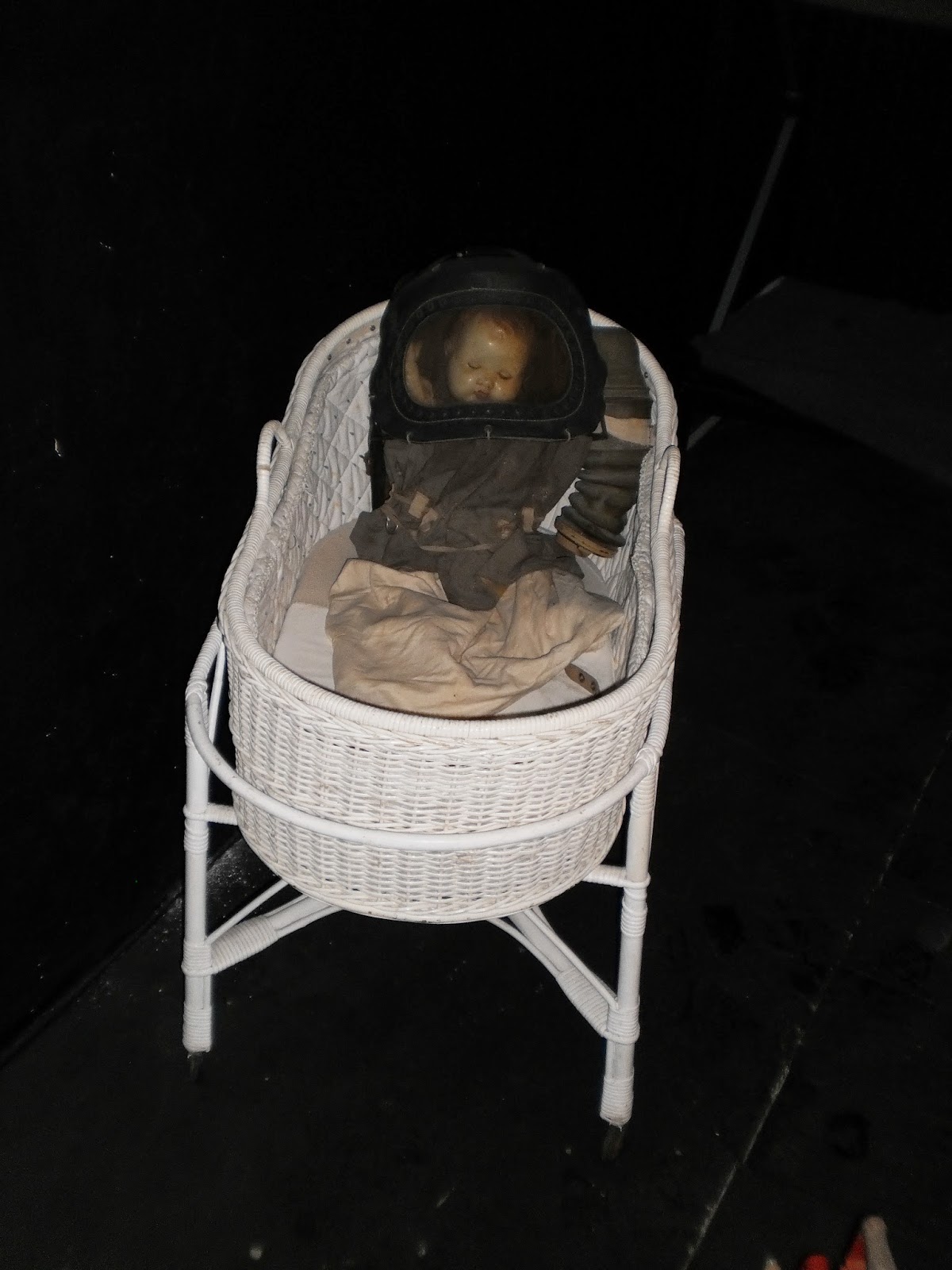 This is a baby (doll, thank God) in a gas crib (the infant equivalent of a gas mask) in the Jersey war tunnels, where I spent some time a few weeks ago. I was there for a happy occasion - a cousin's christening - but the day after the christening was an odd day. I was meant to dive but couldn't, due to the weather.

Instead, I went to the Jersey War Tunnels. Jersey was the only part of the British Isles to have been occupied by the Nazis during World War Two. The tunnels were built by the Nazis as an underground hospital, and the site is now a museum dedicated to the occupation.

This was the same day that I knew all of my friends at work were getting their results from the redundancy process at work. I knew mine, as my boss had let me know just before I headed off to Jersey, which was nice of him. (Well, it was nice, since I'd kept my job. Had it been bad news, I might have taken a different view.)

I wandered round the memorial garden, trying not to think about what was going on on in my office, at that moment, and feeling vaguely guilty that my sense of perspective was off.

Spent the rest of the afternoon watching "Gone Girl", as the news slowly trickled in by text about who was in, and who was out. As movie choices go, it seemed appropriate.
Posted by CyclingDiver at 16:16